Navy SEAL and best-selling author Jason Redman reveals leadership strategies that you can use in business and life!

Book Jason to Speak at Your Event!

Personal Coaching to Get You "Off the X!"

Launch your team to elite performance through riveting Navy SEAL stories of leadership and proven strategies for how to build an "OVERCOME Mindset," forge unbreakable elite teams, create lasting change, and overcome failure, crisis and adversity by "getting off the X."

Retired Navy SEAL Lieutenant Jason Redman electrifies audiences with his high-energy presentations on leadership, failure, redemption, catastrophic injury and his breathtaking journey to “overcome all” in the aftermath of wartime enemy ambush and in the face of what he calls life ambushes during the years that followed.

During his 21-year Navy career, Jason spent 11 years as an enlisted SEAL and 10 years as a SEAL officer leading teams in combat operations in Iraq and Afghanistan. Today he puts his vast experience and expertise to work as speaker, coach, author and trainer, helping individuals, teams and organizations of all types and sizes to define and implement lasting change, even in the wake or face of failure, crisis and adversity.

He’s lived through it all at the highest level in his Navy SEAL career: From failures as a young leader that resulted in him almost being kicked out of the SEAL teams, to redemption and leading teams in intense combat operations in Iraq, to being shot eight times, including a round to the face, and nearly dying during an enemy ambush, Jason has lived the OVERCOME Mindset he now teaches others. He has done an incredible job of taking these lessons learned and making them relatable to teams, businesses and organizations around the world. As Jason says, “These are not SEAL lessons, these are human lessons!” Your team will walk away with a new perspective and understanding that there are no bad days, only good days and great days. They will understand how to build elite-performance teams comprising multi-dimensional leaders. Jason teaches individuals, companies and teams how to overcome failure, setbacks and catastrophic crisis through his incredible presentations on life ambushes and his proven “Get off the X” methodology to not only survive the crisis but thrive and launch from it! For in-person, virtual and hybrid events, Jason delivers riveting keynote presentations and is available for half-day and full-day workshops on leadership and implementing long-term change.

Jason is the New York Times bestselling author of “The Trident: The Forging and Reforging of a Navy SEAL Leader” and has appeared on multiple national news networks, including Fox News, CBS, CNN, and CBN. He has appeared almost a dozen times on Fox and Friends and the (Mike) Huckabee show. Jason has been featured in multiple documentaries, including History channel’s Navy SEALs, America’s Secret Warriors, and as an actor he played the lead role in The Perfect Day film and a supporting character on an episode of Hawaii 5-0.

Get Your Signed Copy Today

Ready to get a signed copy of Jason’s newest book? Click the button to order yours today!

Get Your Signed Copy

Who Is Lt. Jason Redman?

On September 13, 2007, while acting as Assault Force Commander on an operation to capture an Al Qaeda high-value individual, Lt. Redman’s assault team came under heavy machine gun and small arms fire, and he along with two other teammates were wounded in the ensuing firefight. Despite being shot twice in the arm and once in the face, as well as enduring multiple rounds to his helmet, night-vision goggles, body armor and weapon, Jason fought valiantly with his team. They won the fight while ensuring that the entire team returned home alive.

“Jason’s personal experiences and the way he delivers from the heart are incredible. I have listened to and shared the stage with some of the most prolific speakers in the industry on mindset, leadership, personal development and business, such as Tony Robbins, Ed Mylett and Grant Cardone, to name a few.

​Jason Redman holds his own with all these speakers and truly brings the thunder. The way Jason delivers from the heart is amazing. His message created a massive impact in my team in the areas of efficiency, productivity, mindset and, most of all, ‘getting off the X’ to move forward from crisis to get the job done!” 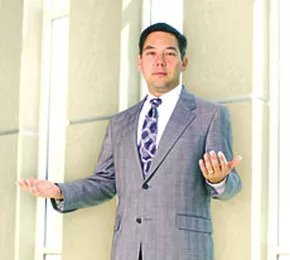 In twenty minutes, he blended an amazing number of emotions with anecdotes that left us laughing, left us with great pride, left us with sadness and finally left us with tears as he concluded his speech. I have listened to many great leadership and motivational speakers, and Jason is simply awesome. He has natural leadership ability and a stage presence that commands instant respect, along with a humble, self-deprecating sense of humor. He has a naturally great communication ability and an incredible personal journey to share. I find that great speeches force people to think. And Jay did that extremely well.

We actually had clients say that his speech “changed (their) lives.”

Jason translated his personal experiences and challenges as a Navy SEAL ...

leader into tenets applicable to anyone seeking professional and personal excellence. His story and message – and the way he delivered it – captured the attention of the room and kept it. I feel privileged to have had Jason Redman as our keynote speaker. If you’re looking for a speaker who will rivet the attention of your audience, bring them to their feet for a standing ovation, and keep them talking about your event long after, you want Jason Redman.