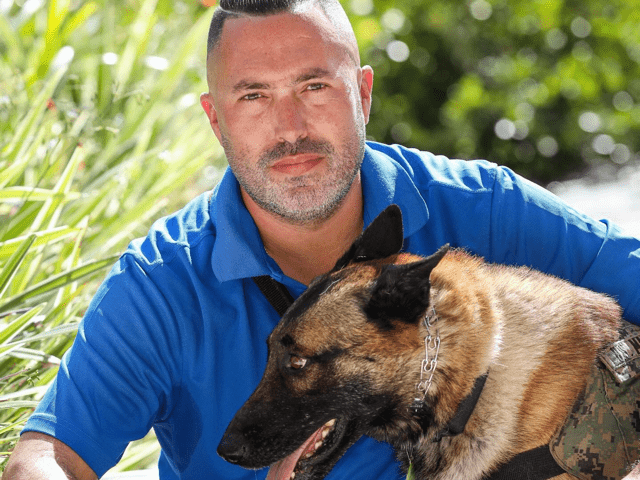 Ozzie Martinez, a marine combat veteran, struggled deeply with PTSD after two deployments to Iraq. In Ozzie’s inspirational story, he emphasizes not only the importance of a positive mindset, but how to use that mindset to pick yourself back up, even when you’ve hit rock bottom. His family fled communist Cuba before he was born, and Ozzie was the first generation of his family born in the US. He decided to join the Marine Corps after 9/11 when he was 20 years old. While serving, he went on two combat deployments to Iraq, one of which he fought in the battle of Fallujah in 2004. In 2006, he came back to Miami for two years thinking his life in the Marine Corps was over. He soon after got reactivation letters stating that since he had been deployed at least twice and was a corporal sergeant, he had been selected to train Afghan forces for one year. This triggered a downward spiral of emotions and flashbacks for Ozzie.

He started having surreal nightmares and anxiety attacks at the fear of going back. He eventually realized his state of mind and reached out to the VA for help. He was diagnosed with PTSD and therefore not deployable. This was the beginning of a long journey for Ozzie. He became lost and disconnected from his life and the people around him. Unable to continue on in the military, he tried to join the police department, then the fire department, but very quickly came to realize that his label as being PTSD diagnosed was affecting his hiring process. Finally, feeling detached from society and alone in his struggle, Ozzie decided to take his 100% disability retirement. After this, he quarantined himself for two and a half years. His wife asked him to leave their home because of his drinking. He became overweight, abused drugs, and felt very depressed and suicidal. Ultimately, he let this negative mindset take complete control of his life and was just sitting on the X. It wasn’t until a reunion in 2014, which marked the anniversary of the deployment to Fallujah, that Ozzie realized he wasn’t alone in his struggle.

He started talking to some of the other guys and realized that many of them suffer the same flashbacks and anxiety he battled. After this, Ozzie completely changed his mindset and decided that he was going to take back control of his life. He reunited with with his wife a month later, he started a nonprofit organization, and he went through Jason Redman’s Overcome Academy. He decided that he was going to pick himself up, get off the X, and thrive. His organization, Operation Wetvet, is dedicated to serving combat-wounded/disabled veterans who suffer from PTSD and Traumatic Brain Injury (TBI). Through his organization, Ozzie started project Therapy at Sea, where he takes combat veterans out fishing while teaching them how to function with their PTSD. Through the Overcome Academy, Ozzie was able to not only find more ways to live with and combat his PTSD, but also break down his training from real-life combat to civilian life and learn how mindset plays an enormous role in everything you do.

Ozzie is now fulfilling his goal of going back to college and was recently brought on as a coach of the Overcome Army. With all his downtime during quarantine, he seeks to keep himself constantly moving and even launched a podcast called Post Traumatic Survival. Ozzie continues to inspire others everyday and teach those who struggle with PTSD that your mindset is critical to keeping yourself going. His enthusiastic personality and firm-held belief in a positive mindset has brought him to the place he is today. His relentless drive not only pushed him to develop an overcome mindset, but made him realize that it’s up to you what you want to make of your life. 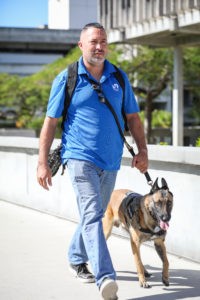