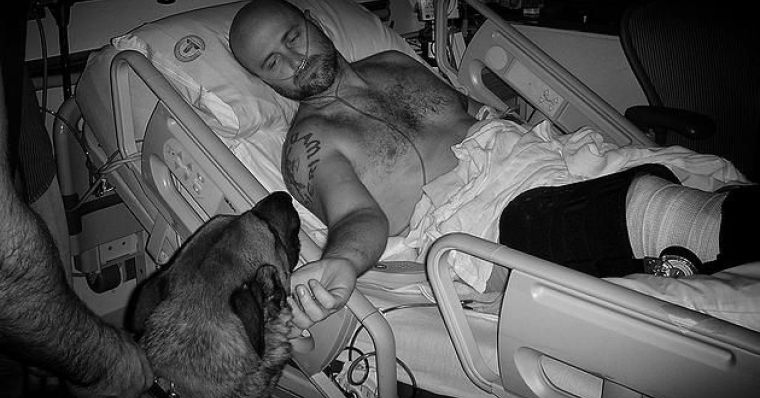 I served twenty one years in the Navy and almost my entire career with an amazing group of warriors who have found themselves in the spotlight today, the US Navy SEALs.  When I wrote my book, The Trident, I wrote about an idea shared with me by a very respected leader.  The idea was built around a phrase, “slapping the dragon” and it was based on this; everyone who has ever aspired to greatness wants to prove themselves.  Some do it through verbal interaction, some do it through professional achievements, some do it through sports, and some, like myself and a select few, do it through the clash of steel and the sting of battle of combat.  For those who chose the combat arms, it typically was a career with years of training and then moments of exhilaration, terror and and often chaos.  But the more you did it, the more you wanted it.  And when you hadn’t done it, you longed for it because you wanted to prove yourself.  This was the idea of slapping the dragon.  Proving you had the courage to go up to the beast, engage it, and hopefully survive with your honor intact.

I just finished an ABSOLUTELY amazing book written by a fellow teammate, James Hatch.  James spent 25 years as SEAL operator with one of our highest level Teams.  He had a distinguished career that, like mine, was ended prematurely when he found himself on the wrong end of a machine gun and almost lost his leg.  James, or Jimmy as I call him, ended up walking down a very hard rode of recovery after his injuries and instead of “slapping the dragon” discovered sometimes, in our darkest fears and in the deep recesses of our souls, this is where the beasts, demons and dragons lurk.  And sometimes we have to get close to them and touch them.  Until the fear goes away.

Jimmy’s story is about embracing that fear and overcoming his inner demons.  It is a phenomenally well written book infused with great insight into being a part of an elite SEAL unit and conducting incredible combat missions.  He infuses his storytelling with wit, humor and great descriptions of life in a war zone riding along on the “Bullet Train”.   In the midst of all of this is his love of dogs as a SEAL dog handler and how years of combat and the loss of two key dogs, led to Jimmy almost losing his mind.   The demons of the mind are the most dangerous and when Jimmy got thrown off the bullet train after his own injuries, no amount of courage, tenacity, or iron will to fix himself could stop his downward spiral into depression and Post Traumatic Stress.  His story of “Touching the Dragon” is phenomenal and I recommend it to anyone who wants insight into the positive and negative aspects of a being an elite special operations operator and the uphill battle our wounded warriors face to recover, not just from the physical wounds but from the mental ones.

When people ask me to recommend a good SEAL book. I always recommend Fearless as my number one book to go to.  Mine was second and I now will add Jimmy Hatch’s book to my top three list (His is now number two).  I am requiring it as reading for my new Overcome Academy and I highly recommend it for all of you.  You will be better for it and you will have a much greater appreciation of what our combat warriors endure.  More importantly you will begin to understand the idea of crawling into those deep dark places in your mind, facing the monsters and touching the dragon.  Read his story.  You will be inspired like I was.

You can buy Jimmy’s book here – www.touchingthedragon.com  or you can support his new amazing non-profit organization – Spikes K9 warriors – www.spikesk9fund.org where he is providing training and bullet proof vests to law enforcement K-9’s to save lives.  All to honor the amazing warrior dog he lost, Spike. LLTB