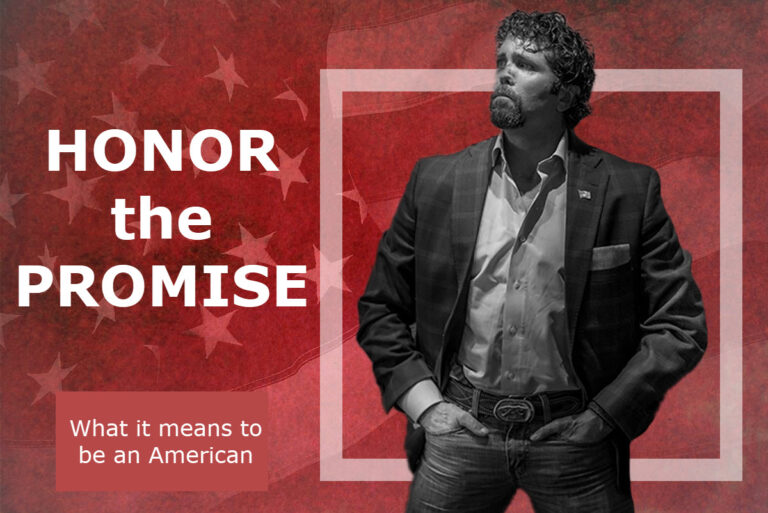 What Does It Mean to Be an American?

These days I’m asked on an hourly basis about my involvement in Task Force Pineapple, a citizen-liaison network formed by the need to protect the lives of Americans and our most dedicated allies left behind with the chaotic and expedited withdrawal of U.S. troops from Afghanistan. During a one-week period between the fall of the Afghan government and military and our official final exit, Task Force Pineapple successfully evacuated more than 800 Americans, Afghan veterans, interpreters and various VIPs utilizing a first-of-its-kind virtual underground railroad mechanism dubbed The Pineapple Express. We reasonably believed that these efforts were necessary to prevent the immediate threat of serious bodily injury or death to fellow American citizens and our Afghan allies. A thousand or more stories represent as many people assisted or saved.

The members of Task Force Pineapple managed to do all of this from right here within the U.S., but it required us leveraging our collaborative knowledge of Afghanistan and good relationships built with allies and friends around the world.

Why do I do this? Because I believe it is the right thing to do.

We’re Americans. It’s what we do.

For generations in my lifetime, it meant something to be an American citizen. We cared about such virtues as honor and integrity, and we acted accordingly. We upheld a distinctive sense of pride and a standard of respect for who we are as a nation of people unified in this mindset, and other countries knew not to mess with Americans overseas because we would expend everything in our power — diplomatically, politically and militarily — to protect the lives and freedoms of our people.

I recall a story told over the years by Lieutenant Colonel Oliver North to illustrate the kind of commitment and integrity ingrained in U.S. troops based throughout the world: On April 6, 2003, the U.S. Marine unit with which North was embedded was just outside Baghdad when their rifle company was ambushed. A foreign journalist for an international news agency filmed as a young Navy corpsman, a combat medic to the Marines, twice turned and rushed through the fire, straight into the fight, and returned from the densely chaotic battlefield carrying an injured Marine to safety. As he returned from a third run, carrying a third injured man over his shoulder, the journalist called him out to this effect: Hey, mate, what’d you do that for? Didn’t you notice that wasn’t a Marine? The newsman was right. The wounded warrior wasn’t a U.S. Marine. He was an Iraqi soldier. And as North tells it, the Navy corpsman responded with a rhetorical “Didn’t you notice? He was wounded. That’s what we do. We’re Americans.”

As a Navy SEAL, I recall gearing up for a mission in Iraq to possibly rescue a U.S. Marine and Army soldier who had been captured. Never before had I had such a powerful sense of pride and peace of mind knowing that if I were to die on this mission, I would die perfectly content having done the right thing. To me, that’s the essence of being an American. And the fact that we left American citizens behind in Afghanistan in the hands of a violent and extreme Taliban regime, that we were not extraordinarily aggressive and immediate about getting them out ASAP, is disturbing to me. And I believe it should bother every American — those in government especially — that we left so many behind who trusted in our promise, our values and our commitment.

We’re Americans. And that behavior doesn’t represent us. Americans operate with honor and integrity — It’s what we do. Task Force Pineapple is an expression of that mindset.

To call myself an American means something. And there is a responsibility that comes with being an American citizen — and it especially applies for those in American government — to honor our promise to take care of the people who have taken care of us.

These amazing warriors and Afghan allies fought directly alongside us. They willingly put themselves and their families at extreme risk by assisting us as interpreters, intelligence gatherers and in other mission-critical roles as we fought to protect their citizens and ours from those bent on destroying us all.

They all knew they might die for the cause. And many of them did. Some had family members who were murdered as punishment for their efforts.

Today as Afghanistan has fallen and is now back in the control of the Taliban, we must save them. Task Force Pineapple knows who and where these at-risk people are. They trust us. TFP alone is aware of thousands of high-risk SIV holders and their family members in Afghanistan still trying to get out. But the border has been locked down, flights are not available, and our original mission is no longer possible. For now, we are focused on keeping our people safe inside Afghanistan with such essentials as layup sites, shelter, food, clothing and medical necessities.

Last month, an at-risk Afghan family who had been working with U.S. government and military forces had been directed onto buses with some 250 others outside the gates of Kabul’s Hamid Karzai International Airport (HKIA). The Taliban fired on the bus, scattering all the families in terror. This allied family found immediate refuge in a small house but at high risk of compromise. They got connected to Task Force Pineapple, who identified a safehouse and a plan for movement to a new, safer location where the two parents and their five children now hide more securely.

Just this week, a woman went into premature labor in Kabul due to the stress of her husband having been kidnapped by the Taliban. Three other women cared for her but could not stop her post-delivery bleeding. The hospital was not an option due to the threat posed by the Taliban and the fact that she would not be accompanied by a man. A Task Force Pineapple shepherd reached out for support, and we were able to sync a call with an American midwife and an Afghan official who translated life-saving medical advice.

Task Force Pineapple is ready, willing and able to act, but we cannot do this alone. This now must be a government-led initiative, and it is time to expedite our efforts to do so. Task Force Pineapple is standing by to assist. We have the ability to help honor America’s promise to bring these people back by facilitating rescue, recovery and resettlement to safe places in the U.S. with plans and funding for their successful futures, reintegration, and repurposing of their unique skill sets relied upon by U.S. military and government organizations for patriotic service.

To accomplish such a tremendous feat requires leveraging our long-standing relationships with allies around the world. And right now, the credibility of America is at stake. I fear long-term damage as a consequence of leaving our allies in a state of extreme danger and not honoring our commitments to their well-being in exchange for their commitments to ours.

Others worldwide are watching us. Allies are watching what we’re doing. How many of them are second-guessing their own commitment to us? How many people would still consider jeopardizing their lives and their loved ones based on U.S. promises they can’t necessarily trust?

I’m concerned about America’s reputation. I worry about our intel-gathering capabilities in years to come. Our strategic influence in the world is predicated upon the relationships we establish and maintain with people around the world who are willing to help us. Those relationships take years — decades — to build, and the trust required must be earned.

So I think it is time we should all ask ourselves what it means to be an American. I see our country so divided these days that I wonder how many of us have a definitive answer. What once was an “indivisible” nation of citizens who cared about doing the “right thing” by others seems to be represented — even hijacked — by a modern-day “What’s in it for me?” mindset. Task Force Pineapple is an unequivocal example of the mindset that insists that our core values and principles can still prevail. There’s nothing in it for any of us who are taking action aside from the personal pride and peace of mind in knowing that we are acting with integrity to honor the promise that America has made by trying to help the people who have helped us.

This message from a rescued family to their Task Force Pineapple shepherd speaks volumes (names have been changed):

“Hey John, it’s Bill. We are moving on the first leg to (unnamed city) in America, and I want you to know. Please come visit us. You saved my family. Anything you need, I’m forever here. We love you.”

Why do I do this? Because I think it’s the right thing to do. We take care of the people who took care of us.

We’re Americans. It’s what we do. And that means something.

It’s not too late to course-correct. We can still do the right thing, the American thing.

Jason Redman is a retired U.S. Navy lieutenant, best-selling author and sought-after personal/professional-development speaker and trainer. During his 21-year Navy career (1992 – 2013), Redman spent 11 years as an enlisted SEAL and nearly 10 years as a SEAL officer and was awarded the Bronze Star Medal with Valor, the Purple Heart, the Defense Meritorious Service Medal, the Navy Commendation Medal, the Joint Service Achievement Medal, five Navy Achievement Medals, and two Combat Action Ribbons. After surviving critical wounding and near death by enemy ambush in Iraq in 2007, he endured nearly 40 subsequent surgeries and returned to duty as a Navy officer before retiring in 2013. Since then, Redman is the author of multiple books, including the New York Times bestselling memoir “The Trident” and Amazon best-sellers “Overcome: Crush Adversity with the Leadership Techniques of America’s Toughest Warriors” and Pointman Planner. He develops leadership programs and speaks, coaches and trains nationwide, imparting motivational and leadership wisdom to help individuals and organizations overcome and conquer adversity and take control of their own personal and professional lives in pursuit of mission, resilience and ultimate life success. Visit www.jasonredman.com

PrevPreviousStrength, Balance and Resiliency as Leaders | Part 1: The Virtue of Self-Leadership
NextLife, Leadership and the Choices We Make: Lewis Howes and I Break It DownNext