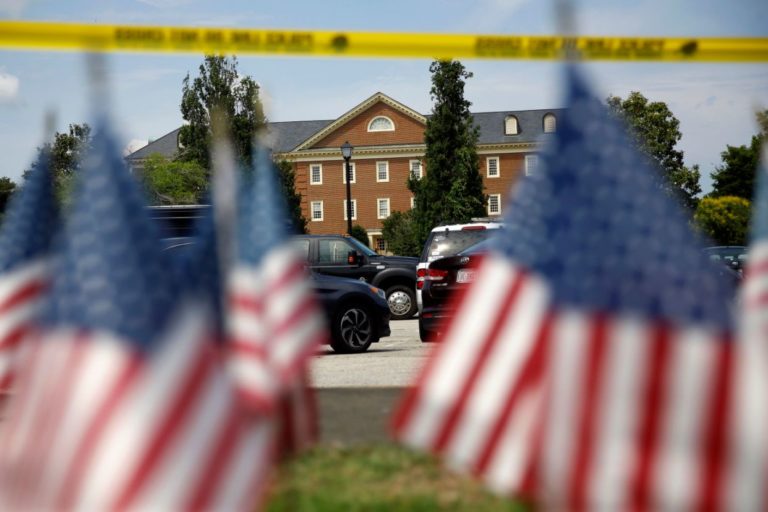 Run, Hide, or Fight Back?

I wanted to write about the tragic active shooter situation, we had right here in Virginia Beach,.  Only about three miles from where I was when it occurred, I immediately thought of all our law enforcement officers that were involved in that shooting. It moved my heart #VBStrong and I felt compelled to talk to you about what happened.  After the Las Vegas shooting, I had so many people reach out to me and ask, “What would you do in that situation?”

What would I do in this situation?  I’ll tell you what I would do, I would FIGHT BACK.  What does that mean?  It means that I would do everything to attack or try to defeat someone who is attacking or trying to defeat me!

On 9/11, our entire culture in the United States was changed in a matter of under two hours. You had a plane hit a tower. Then, another plane hit the tower. Then, a plane hit the Pentagon. By the fourth plane, the word was out. And those civilians, regular everyday people, who were unarmed, fought back and defeated those terrorists and drove that plane into the ground.

Every attempt that’s been made to get into a cockpit since that day has been defeated by unarmed civilians on these airplanes.  This proves that time and again that it can be done!!  Even if you don’t have a gun, you can still FIGHT BACK AND WIN.

I know what you’re saying, “It will never happen to me.” Or, “I would never have to worry about that.”  That’s what we all tend to say to ourselves.

However, ask yourself the following questions

If you answered YES to any of these, then you could be a potential victim of a mass shooting.

We as Americans know how to fight back, and these situations are no exception.

Ray and I asked Dave how he would respond to these active shooter situations. Dave is an expert on this.  He travels across the country teaching businesses and organizations how to prepare for potential life-threatening situations. He educates individuals on what to do if they are caught in a situation like this.

As I mentioned earlier, recently a mass shooting hit closer to home than I had imagined. Virginia Beach is known for its beautiful sandy beaches, the robust waves of the Atlantic Ocean, and among other things, the incredible concerts it hosts. Last week, I was getting ready to attend one of these concerts, when I heard the news. There had been a mass shooting in Virginia Beach, and 12 were dead. I was immediately concerned for all involved and thought about those innocent victims that were just going about their day and suddenly, their lives had been taken from them.

What do you do when you’re caught in a situation like this? Do you run? Do you hide? Do you fight back? The answer is all three.

We need the FIGHT BACK mindset.  We as a country need to say “I won’t be a victim, I will fight back, I will rise to the occasion and push aside all fear and OVERCOME!