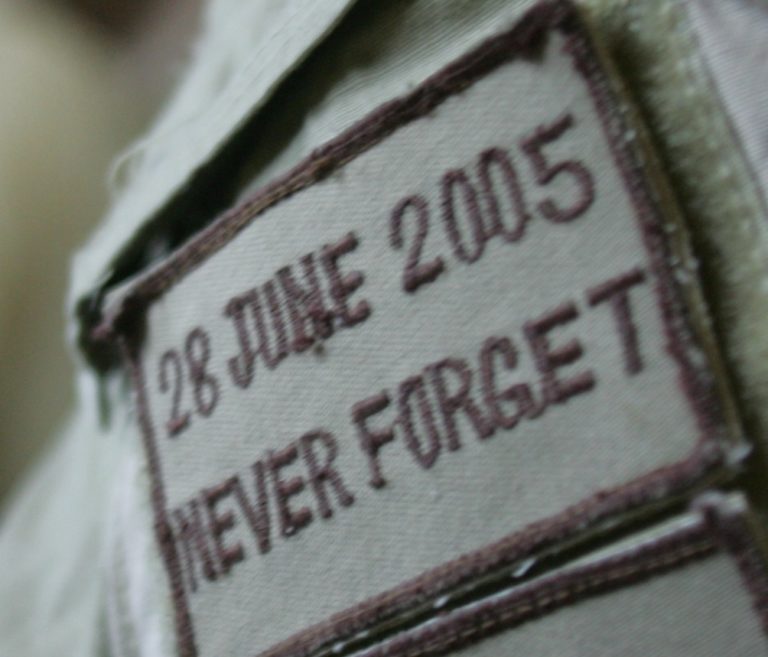 Stoic is the Leader

When I was younger I used to wear my emotions on my sleeve.  When I was excited, I was super excited and bounced off the walls like a pinball in an arcade machine.  When I was upset I sulked.  Every criticism was a direct attack and I let it show.  You never needed to ask where I stood because you only needed to watch me for about thirty seconds to know my mood.  As a leader you do not have that luxury and as I grew older and into higher levels of leadership I began to recognize both the need and the power of maintaining an even keel.  No one taught me this lesson better than LCDR Erik Kristensen.  Recently I was at the Naval Academy, and I stopped by Erik’s gravesite.  Erik was my Task Unit Commander who gave his life for this country leading the Quick Reaction Force that was shot down during Operation Red Wings June 28, 2005.  He was buried on a Hill at the Academy overlooking the water and the school below.

I first met Erik as a newly commissioned prior enlisted Ensign who thought he knew everything from his prior service.  Those of you who have read my book can better relate to this.  Erik, a very large man, was a great leader.  We called him the gentle giant and he often tried to educate us junior officers. He shared lessons on everything from the nuances of writing more career enhancing evaluations for the boys to having leadership situational awareness while conducting land warfare or close quarters combat.  As I stood at Erik’s gravesite, it brought back a memory I remembered in vivid detail. It was the clearest lesson he taught me and it occurred one cold frigid night off the coast of Virginia.

We were conducting ship boarding training, using our boats to board ships underway.  The sea state was picking up, creating dangerous conditions for our boarding operations to put it mildly.  During one evolution one of our Teammates fell off the ship and landed on our boats below.  He was knocked unconscious half in the water and half out.  Due to the way he struck the deck of the boat, we immediately felt he had a back or neck injury and moved to quickly to immobilize him and backboard him for a helicopter evacuation or medevac.  We immediately moved away from the ship and contacted our helicopter support for the medevac.  We packaged our Teammate and connected him to the helicopter hoist in the deep blackness of night 30 miles out to sea.  As the helicopter began to hoist, the pilot lost his reference point with the boat below and began to slide back.  This can happen on dark nights in the middle of the ocean with no visual reference points to key on.  As the helicopter slid back the winch line became taunt and launched our unconscious Teammate like a slingshot about 50 yards out into the 35 degree water and we watched with horror as he landed fully strapped into the litter and began to sink.  One of my fellow Teammates immediately jumped in and began swimming to him as I began screaming into the radio, “Pull up, Pull up – He’s in the water submerged!!”  Thankfully, the helo pulled him out of the water and winched him to safety.  Although he was badly injured with a broken pelvis, he had suffered no back or neck injuries and would go on to make a full recovery.   After the incident, Erik pulled me aside and calmly and thoughtfully commended me for how I had handled a highly stressful chaotic situation.  He then asked me. “Why I was screaming into the radio?”  I quickly replied that our teammate was going to drown if they didn’t immediately pull him out of the water.  They needed to have a sense of urgency.  He told me, screaming at them did not convey the need any better and if anything may have caused them to do something different than what I needed.  Staying calm in the midst of chaos and clearly articulating what you need will not only get more immediate results, you will earn the respect of those around you for being unflappable.

Less than five months after this lesson, Erik Kristensen was dead. On that same day, his lesson was displayed in all its greatness as LT Michael Murphy left his secure position to move out onto an elevated and exposed position to make a satellite phone call back to the Tactical Operations Center.  Despite the massive risk and the massive gunfire directed upon him, despite multiple gunshot wounds fatally wounding him, he maintained composure setting the example for his men. In his last ditch effort to call the Quick Reaction Force, he fell fatally wounded in that spot as the helicopter Erik led, was shot down.

Despite the chaos, despite the danger – Stoic was the leader.

BOOK JASON REDMAN TO COME AND INSPIRE YOUR COMPANY OR TEAM TO LEAD THEMSELVES AND OVERCOME ALL!